Why We Sleep (and Some Other Facts About Dreams)

Most people spend about a third of their lives sleeping or at least trying to sleep. According to experts, when we sleep we go through different stages (and not all of them include sleep).

But it still leaves us wondering why we sleep and dream. Some explanations say that in light of evolutionary theories and psychology, sleep has the function of helping us solve problems.

While others indicate that this process helps the body to recover and rejuvenate itself. We investigate some of the theories about why we sleep and dream.

To Restore And Rejuvenate The Body

The restorative functions of the body occur mainly during sleep. Examples of these include muscle growth, tissue repair, protein synthesis, and the release of growth hormones.

Therefore, one of the possible reasons why we sleep is related to the restoration of the organism, at the same time that we promote its rejuvenation.

As a bonus, when we are not sleeping well this is usually reflected in the face with dark circles under the eyes.

One trick to reduce them is to tap the eyes lightly to get the blood flowing to the area. You can also cover dark circles with makeup if you have concealer.

To Work On Problem Solving

There is a theory that dreams may have evolved to solve 2 main types of problems.

The former are those that must be visualized in the mind (like an inventor imagining a new device).

The second category is linked to problems that require an unconventional approach.

A Harvard University psychologist asked some students to choose a problem and try to solve it in a dream. After a week, about half of them dreamed about the problem and a quarter solved it.

So at least if the problems are relatively easy, some people can solve them in their sleep.

To Consolidate Memories And Learning

Another suggestion is that sleep plays an important role in memory (before and after learning a new task). According to research, memory consolidation occurs during sleep, strengthening the neural connections that makeup memories.

Also, lack of sleep and inadequate rest can cause overloaded neurons to function inefficiently at coordinating information.

Therefore, our ability to access what we learn may be diminished. Additionally, it can affect a person’s mood, motivation, and even judgment and perception.

To Perform A “cleaning Shift” For The Brain

During our life, we constantly receive a lot of information, much of which is unnecessary.

To understand how it is retained, a group of scientists analyzed the mechanisms involved in the maintenance of memory (especially during the phase of sleep of greater relaxation and deep rest).

The Reasons Why We Sleep Could Change Over The Years

Sleep functions can change with age, or so research suggests. This study focused on showing how babies spend most of their sleep.

As babies’ brains build new connections between neurons, they have been shown to spend most of their time in REM sleep. (It means sleeping with rapid eye movements).

Then, before turning 2 and a half years old, REM sleep hours decrease. In addition, the brain switches to maintenance mode and mainly uses sleep time to clean and repair.

Also, the amount of sleep time a person needs is influenced by several factors, including age. Therefore, the following values ​​are recommended:

In Addition, We Dream In Specific Stages

Initially, the person is somewhere between wakefulness and sleep and may fall into a shallow sleep. In the second stage, a light sleep (with low body temperature and slower brain waves) is achieved.

In stage 3, deep, restful sleep is achieved with slow breathing and slow heartbeats. Muscles relax and get a greater blood supply as energy is restored and hormones are released.

However, in the second phase we also go through so-called REM sleep. This happens about 90 minutes after we fall asleep, and this REM sleep gets longer at night.

During this phase, the brain is active and dreams while the body relaxes and remains immobile; at the same time, the body as a whole recovers energy.

What do dreams mean to you? Have you ever had a dream that helped you solve a problem?

Share
Why We Laugh During Serious Moments, and 6 Ways to Stop It Within Seconds Previous post
Why the Bond Between Twins Is So Very Special Next post 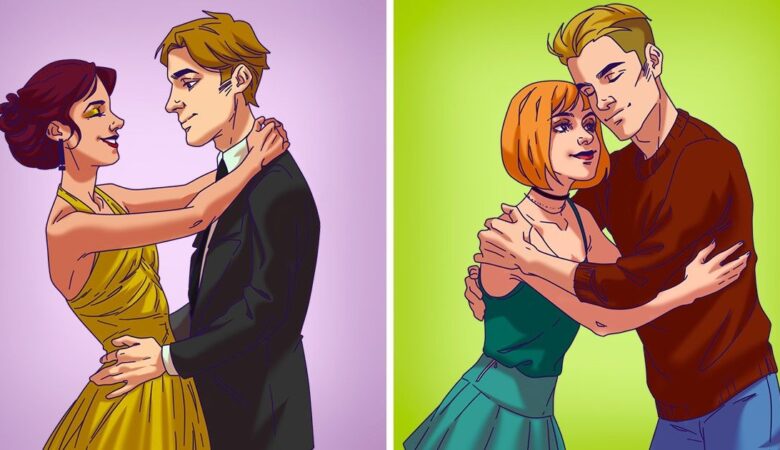 10 Amazing Psychological Tricks to Get What You Want